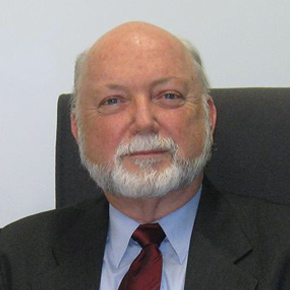 Dr Anthony Morrison is a Research Fellow at the Australian National Centre for Ocean Resources and Security(ANCORS ) where he teaches a number of courses including Legal Regulation of Shipping and Maritime Security Law and Policy.

Dr Morrison came to ANCORS after having spent over 30 years as a lawyer in private, corporate and public practice as a Legal Officer in the Royal Australian Navy, a lawyer in private practice, Legal Counsel and Claims Manager for an insurance company and, for the 20 years prior to coming to ANCORS , a senior lawyer and company secretary for the Maritime Service Board of New South Wales (MSB) and its various successor bodies.

During this latter period, he undertook various roles including Legal Manager of the MSB , General Counsel and Deputy Secretary of the MSB until its abolition in 1995, acting General Counsel/ Deputy Secretary of the Sydney Port Corporation, Corporate Secretary of the Port Kembla Port Corporation, General Counsel to the Office of Marine Administration and finally General Counsel to the NSW Maritime Authority. In these roles Dr Morrison performed a broad range of legal roles in property law, planning law, environmental law and shipping law. Be also provided specialist advice on many aspects of shipping law and policy leaving drafting and amending NSW oil pollution legislation, coordinating State and Territory laws on oil pollution and the planning and implementation of the National Maritime Emergency Arrangements.From 1996 to 2006, Dr Morrison represented the NSW Maritime Authority at the International Association of Ports and Harbours (IAPH) and during this period was a member of the Legal Committee and Legal Counsellor for the Australia/Oceania region of IAPH.