Pirates ahoy – the scourge of the Seven Seas 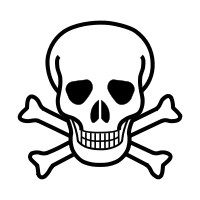 Recent reports of deaths of fishermen off the coast of Guyana from attacks by pirates highlight the continuing existence of “Pirates of the Caribbean”. However, they are not the fun-loving, Johnny Depp type of pirates but an example of the continuing scourge of piracy in many of the world’s oceans. Although piracy off the coast of Somalia has grabbed world media attention over the last few years, piracy is also still rife, particularly off western Africa in the Gulf of Guinea, in the South China Sea and other waters of South and South – East Asia and in the waters off South America and the Caribbean.

Piracy is not a new phenomenon and, indeed, the word itself is derived from the Latin word “pirata”. It was the Roman lawyer and politician, Cicero, who coined the phrase describing pirates as “hostis humani generis” – “enemies of all mankind”. It was on the basis that piracy was a crime committed against all mankind that the custom arose that piracy was a universal crime which then permitted the warships of all nations to seize and prosecute pirates and pirate ships. This is still the case today under the United Nations Convention on the Law of the Sea (LOSC), 1982, under which piracy (along with ships involved in the slave trade, and, curiously, ships involved in offshore broadcasting) is one of the major exceptions to the general rule that on the high seas only the Flag State has jurisdiction over ships flying its flag.

Unfortunately, international law has proved to be less than useful in combating piracy on the world’s oceans not only in its traditional form but also its in newer form involving elements of terrorism. The difficulty is essentially caused by the definition of “piracy” in Article 101 of the LOSC. When it is understood that only where a ship is involved in an act of piracy (as defined in Article 101) is a warship of any State other than the Flag State able to intervene, being able to bring the act within the definition is vital.

Under Article 101 there are four elements, all of which must be present for an act to be an act of piracy and therefore subject to interdiction by a warship of any State. The elements are:

It is relatively easy to prove acts of violence, detention or deprivation as it would be difficult to see how they would not be present in any act or attempted act of seizure of a ship. These acts must also be illegal which would appear to be a hangover from the days of privateering which permitted seizure of enemy ships by individuals authorised by a State in time of war, even though this was effectively abolished in 1856.

The second element causes problems, particularly where the seizure is made for terrorist motives. “Private ends” is not defined anywhere, although under customary international law piracy was generally regarded as being done for the personal motives of the pirates. This sometimes involved an intent to rob, although this was not necessary. What is clear is that where the seizure is for political motives, the element is not satisfied. This was clearly shown in the hijacking of the cruise ship Achille Lauro in 1985 where the seizure was by members of the Palestinian Liberation Front with the purpose of forcing Israel to release Palestinian prisoners. This was deemed to be not for “private purposes” and therefore not an act of piracy under LOSC.

The third element requires two vessels to be present – the ship being attacked and the pirate ship. This excludes hijacking from within such as happened on the Achille Lauro where the hijackers boarded the ship by posing as passengers and crew. If this happens it is not piracy and so only the Flag State can deal with the issue which, in view of the current problems with “flags of convenience”, is unworkable in the modern age.

The definition in Article 101 is a major problem in dealing with piracy. However, there is little appetite for amending it or any provision of LOSC. It is often said that bringing about the consensus that resulted in the LOSC was a minor miracle and no State wishes to upset that consensus for fear of calling the whole Convention into question. Other Conventions, such as the Convention for the Suppression of Unlawful Acts against the Safety of Maritime Navigation (SUA Convention) 1988, have been brought about to overcome some of the weaknesses of the piracy definition but the offences created are not universal crimes in the same way as piracy and so cannot be enforced in the same way.

Mainly because of the definitional problems, international law dealing with piracy is becoming less relevant to modern conditions, particularly where terrorism is involved. However, this does not take away from the fact that piracy in its traditional form still exists and can still be dealt with as a universal crime under LOSC.